Mr. VijayAnand speaks at the Sourashtra Chamber of Commerce on 17th August 2010 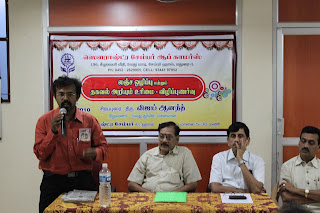 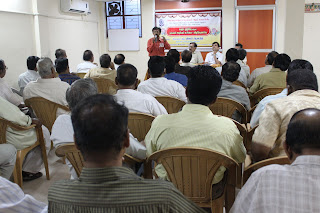 Mr. Vijay Anand's speech on corruption and ways to eliminate them from our society was well received by all the 50 businessmen present at the meeting at the Sourashtra Chamber of Commerce on 17th August 2010 at 4 pm. Mr. Anand who is also an entrepreneur from the IT field could relate to the fellow participants and was able to get the message across that we together could tackle corruption. Many of the participants retold their experiences and the struggle they endured to get their rights when establishing their business and in their day to day operations. Mr. Anand encouraged them by saying that things could be different if we take a strong stand against corruption, and exercise the RTI Act to its fullest. He narrated many examples were our organization filed RTI's on behalf of the public and the favourable results achieved. RTI Act when deployed accurately will expose the culprit, which would facilitate an action to be taken against the wrongdoers.
View Gallery

Email ThisBlogThis!Share to TwitterShare to FacebookShare to Pinterest
Labels: Freedom From Corruption Campaign