Dear Friends,
Thanks again to those of you who came in large numbers to the conference at Chennai. More than 1000 people attended the conference in the two days.
Here are the highlights of the 7th National Conference on Electoral and Political reforms held by ADR and National Election Watch, of which 5th Pillar is a constituent organization apart from several other NGOs.
Please find attached the following documents along with the press release:
1. The document sent by NEW and ADR to Law Ministry and ECI with 27 recommendations.
2. Background paper on "Need for a comprehensive Law to regulate functioning of Political Parties"
3. The draft of Political Parties (registration and regulation of Affairs, etc) Act, 2011, drafted under the guidance of former CJI Mr Venkatachaliah
4. Recommendations of the ICAI on reporting framework of Political Parties
The other documents distributed at the conference are on our website:
http://www.adrindia.org/Miscellaneous/Content-Miscellaneous/document-related-to-conference.html

Recommendations of the ICAI on Reporting Framework of Political Partie.pdf
Posted by 5th Pillar at 11:42 AM No comments: 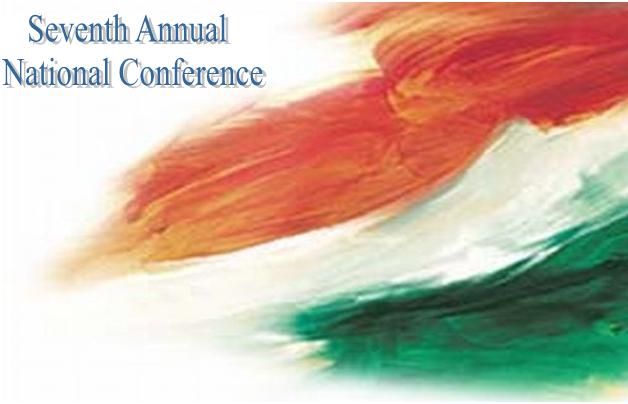 5th Pillar along with other organizations is hosting the Conference. This along with the Political Party Watch programme is aimed at the introduction of transparency and accountability mechanisms in the electoral and political system of the country. The conference mainly focuses on the declarationof the assets and criminal record of candidates during elections and recently in the disclosure of IT returns of political parties. The country is witnessing a decrease in the percentage of candidates with criminal records from 20% to about 14% in the Assembly elections held in 2008 and leaders of major political parties, have expressed the need to decriminalize politics. However, our journey has only begun. These Annual Conferences are an attempt to synchronize all our efforts and to build upon the energies of various stakeholders who have worked on the same issues at different levels. Previous Conferences were held in Ahmedabad (2003), Bangalore (2004), Patna (2006), Lucknow (2007) Mumbai (2008) and Bhopal (2010). Delegates to the Chennai conference will include organizations from all States of India participating in the National Election Watch (NEW) campaign, eminent citizens, media persons, bureaucrats and leaders from various political parties.

The focus of this Conference will be on sharing experiences of the Bihar Assembly elections and in that light discussions on the forthcoming elections in Assam, Pondicherry, Kerala, Tamil Nadu and West Bengal. Special sessions are planned on ‘Political Party Reforms’, ‘Strengthening of the Electoral System’ and ‘Prevention of Misappropriation of Funds during Election Campaigns’. The National Election Watch groups from each state, NGOs and youth will share their experience based on year long consultations in their respective states by the Election Watch groups.

We encourage you to attend the conference with your friends and family. Free Admissions. Click here to register.